In chapter 3 of the letter to the Galatians Paul starts getting into the meat and potatoes of his argument. Faith over works. Those in my faith-heritage may argue, no his point is faith over works of “the law”. This being a reference only to “old law” or Mosaic Law. But I think as we examine what exactly Paul is saying we will see a principle being taught that exceeds just arguing against circumcision and the Mosaic Law.

You people in Galatia were told very clearly about the death of Jesus Christ on the cross. But you were foolish; you let someone trick you. Tell me this one thing: How did you receive the Holy Spirit? Did you receive the Spirit by following the law? No, you received the Spirit because you heard the Good News and believed it. You began your life in Christ by the Spirit. Now are you trying to make it complete by your own power? That is foolish. Were all your experiences wasted? I hope not! Does God give you the Spirit and work miracles among you because you follow the law? No, he does these things because you heard the Good News and believed it.
(Galatians 3:1-5 NCV)

Just like other times in the writings of Paul[1]Romans 8, Galatians 6, he contrasts spirit and flesh in this passage. The Galatians were hung up on circumcision… an act of the law and an act of the flesh. His question he poses to them is clear. Did you get the Holy Spirit because of a physical act? No. It was by spiritual means. True, the physical act he was referring to happened to be part of the “old law”. But he doesn’t contrast it with some new list of laws or new commands. He contrasts it with the spiritual manifestation of a trusting belief… hearing and faith. It began by the Spirit and it is completed by the Spirit. No ritual or worship practice, whether we consider it “old law” or “new law”, can justify us. The mere idea of such a thing is considered foolish by Paul. He then continues in the next few verses [2]Galatians 3:6-9 to use Abraham as an example. Paul does this again when he writes to the Romans [3]Romans 4. In that passage he states:

When people work, their pay is not given as a gift, but as something earned. But people cannot do any work that will make them right with God. So they must trust in him, who makes even evil people right in his sight. Then God accepts their faith, and that makes them right with him. (Romans 4:4-5 NCV)

Again, worship practices and rituals are not exceptions to this fundamental truth. Paul explains a little more in the next few verses of Galatians 3:

One of the huge arguments to the faith alone claim to salvation is the question, “You mean I can do whatever I want and still go to heaven?!” But the appropriate answer to that question is not yes or no. Rather, it is this question: “I don’t know… what is it that you want?” When Paul says, “Those who are right with God will live by faith”, he is referring to something we call regeneration. Our faith changes us. First, it saves us… then it changes us. (Not the other way around, by the way). One cannot be made right with God by obedience… because no one is obedient. [4]Romans 3 Once we realize this and become dependent upon God’s grace through our faith, it changes us. But as long as we are relying on our own study, efforts, and practices to make us right with God, we will not truly change. It’s just a job or a chore we HAVE to do when we are depending on our own works.

The law is not based on faith. It says, “A person who obeys these things will live because of them.” Christ took away the curse the law put on us. He changed places with us and put himself under that curse. It is written in the Scriptures, “Anyone whose body is displayed on a tree is cursed.” Christ did this so that God’s blessing promised to Abraham might come through Jesus Christ to those who are not Jews. Jesus died so that by our believing we could receive the Spirit that God promised.
(Galatians 3:12-14 NCV)

Notice first the bold statement that the law is not based on faith. There really doesn’t have to be any heartfelt change in order to obey a list of commands. All you need is a checklist. Many put their worship practices at the top of that list (assuming God put them there) because those are easy to observe and regulate. Show up once or twice a week making sure to do everything commanded or exampled or slightly inferred and not doing anything not commanded, exampled, nor even remotely inferred. You can do all of this without any change of heart and feel justified by it. But Jesus died so that by our believing we could receive the Spirit that God promised. By believing in Him. Trusting in Him and rejoicing in Him… not our own self-righteousness.

Law and the Promise

Paul then speaks of a promise made to Abraham that cannot be broken by throwing obedience to a law into the mix. This promise was that the world would be blessed by Abraham’s seed. [5]Genesis 12:1-2 Paul then gives us the reason for the law… to show us sin.

So what was the law for? It was given to show that the wrong things people do are against God’s will. And it continued until the special descendant, who had been promised, came.
(Galatians 3:19a NCV)

Does this mean that the law is against God’s promises? Never! That would be true only if the law could make us right with God. But God did not give a law that can bring life. Instead, the Scriptures showed that the whole world is bound by sin. This was so the promise would be given through faith to people who believe in Jesus Christ.
(Galatians 3:21-22 NCV)

The law (any law) only shows us that we are bound by sin. What does he mean here? He means that all law does is shine a light on your short-comings. It cannot make you right with God because you cannot obey it. You will always fail. No matter what command or law you think will make you ok with God, you will break it at some point. This puts us in a predicament which can only be fixed through faith in Jesus Christ… and in that faith alone. Because if you add anything to that faith as a requirement, then you are saying that Jesus’ death alone was not enough, some level of law is still needed to help justify us. Remember that Jesus + nothing = everything.

Before this faith came, we were all held prisoners by the law. We had no freedom until God showed us the way of faith that was coming. In other words, the law was our guardian leading us to Christ so that we could be made right with God through faith. Now the way of faith has come, and we no longer live under a guardian.
(Galatians 3:23-25 NCV)

Look how repetitive Paul is on the subject. Four times in these three verses, Paul attributes our justification to God to our faith in Jesus. Before faith all we had was law and this made us prisoners. Law was there to teach us that obedience cannot be fully obtained which leads us to faith in Jesus. Notice it says, “Now the way of faith has come, and we no longer live under a guardian.” Not THE guardian… A guardian. There is no such thing as a “new law” of commandments to justify us. Instead of needing a guardian (or in modern terms “a nanny”) to spank us for disobedience, we now have our faith in Jesus to dictate our actions. As a child, you needed a parent to teach you right and wrong. But there comes a time as you mature when you start obeying your parents because of your love for them, not because you’ll be punished. This is a very similar situation to how faith outgrows law.

You were all baptized into Christ, and so you were all clothed with Christ. This means that you are all children of God through faith in Christ Jesus.
(Galatians 3:27 NCV)

Finally, let’s look at the point Paul is trying to make with this verse because in my past I have totally missed it. I always wanted to focus on baptism here… but what Paul was focusing on here was “clothing you with Christ”. He even tells us what that means, “you are all children of God through faith”. For years I only thought Jesus atoned for my sins on the cross, but there was a second part of the transaction… he gifted us with HIS righteousness. He lived a perfect life according to the law of Moses (or any other law). This made him positionally perfect with God, the righteous judge. That position of righteousness was given to us as a gift on the cross. You are now righteous in the sight of God because of Jesus, through your faith in Him.

You are clothed with Him.

For our sake he made him to be sin who knew no sin, so that in him we might become the righteousness of God.
(2 Corinthians 5:21 ESV) 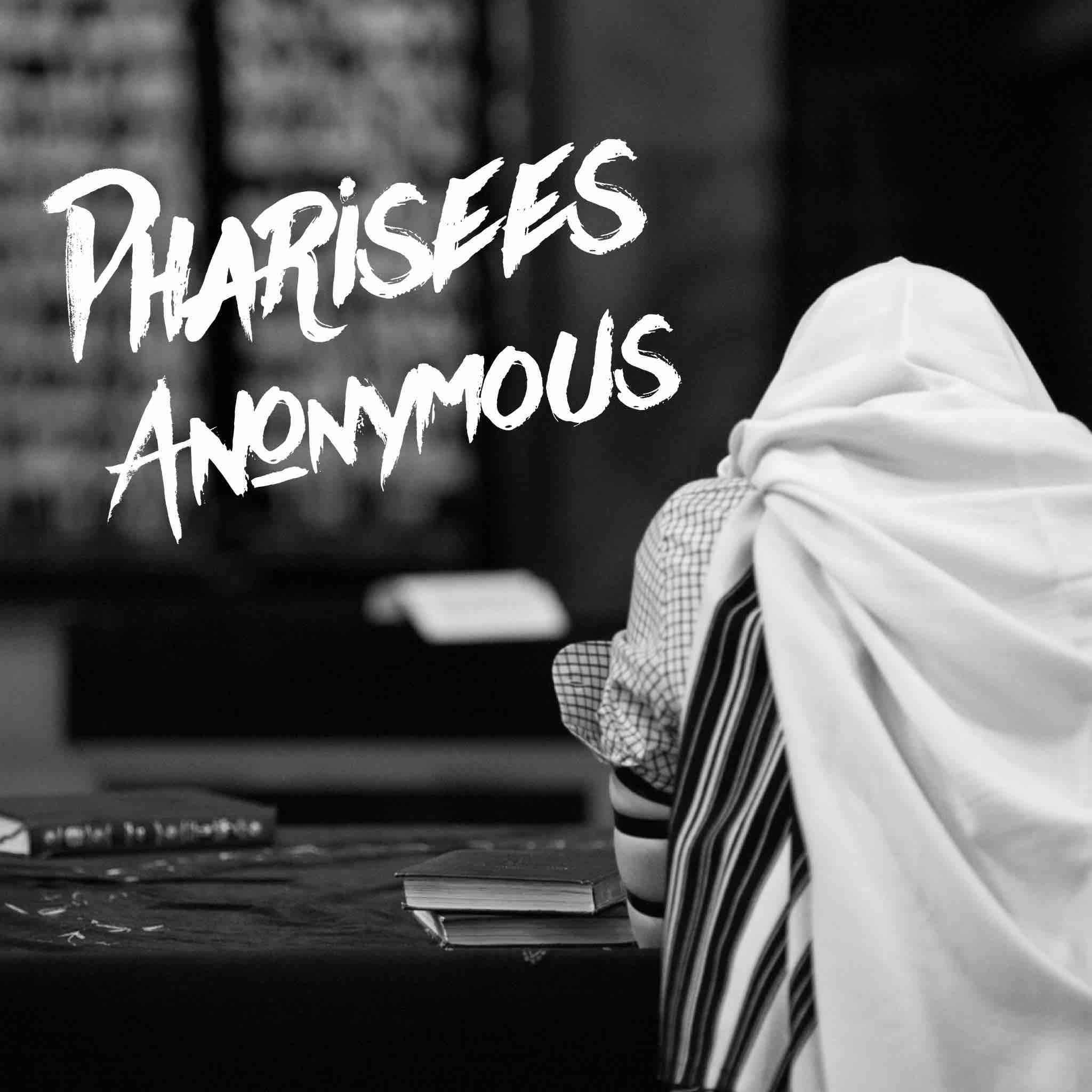